Menu
Term 3: school is only open to Key Worker and Vulnerable families. Our Virtual Tour can be found via the Open Morning/Virtual Tour page in Admissions.
Home Page
CEOP
We have had 1 0 9 1 8 8 visitors!

The Adventures Of Patch

The Adventures of Patch!

Meet ‘Patch’ our very much loved family Rabbit. And yes, he is wearing a lead! He’s so large now, that he gets a good run around our garden every day! He has requested that we create a book of funny adventures to keep him entertained over the Easter Holidays. 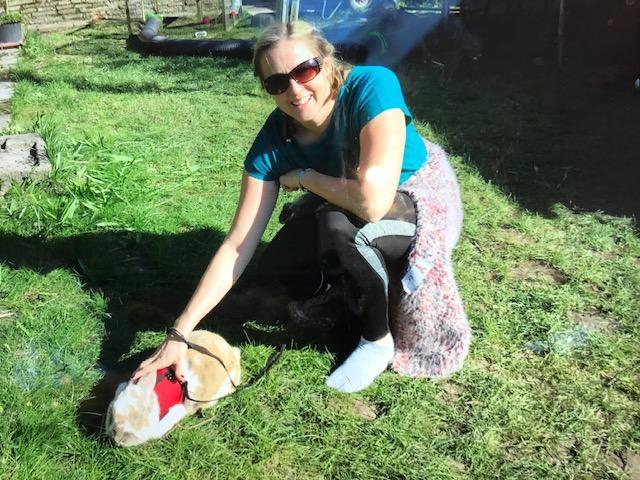 Below, I have written the first story to go in Patch’s new adventure story book

Patch is a famous rabbit magician. He lives in a mansion hutch next door to a rabbit electrician. They recently had a discussion about a rather amusing recent occasion in which he was asked to play the lead role in an action movie all about a famous rabbit mathematician. 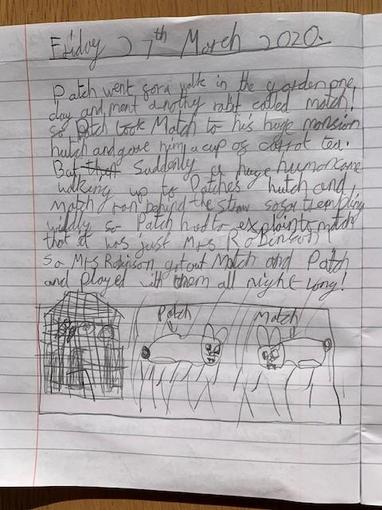 ​Patch is a very good electrician he works very

hard every day in the evenings he runs a session

to train fellow rabbits to be come a magician .

They have a discussion in a big mansion.

on one occasion they make a creation about

fun arts and crafts. make a lot of mess!! Action

is needed to clean up the mansion.

Can you find the word I have put in twice??

Patch, the famous rabbit magician was bored. On this special occasion he decided to go to Sevenoaks station. He had a suspicion that he was going on a secret mission. He had a long discussion with his bunny girlfriend. He showed his compassion, devotion and a lot of emotion and made a confession. In his confusion, he quickly did his school comprehension and fractions to aid his education. He made a funny impression of his older, Russian brother to his Asian optician. ​By Tilly

Patch attends a session and has a discussion to make his own creation . Every one sees it in action and he made a mansion using electricity and then Patch became a electrician. He found it a bit boring so on an occasion he was a magician. After awhile there was an intermission and then he created the latest fashion. (Holly)
We have had 1 0 9 1 8 8 visitors
Top
Cookie information
Cookie Notice